In Senegal : COSC GFF invests in the continuity of services of RMNCAH-N despite Covid-19 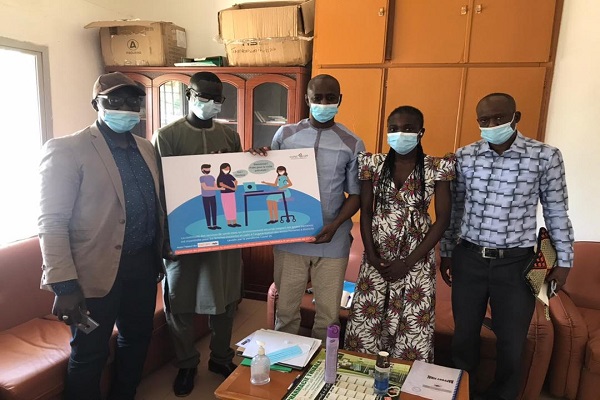 With the support of Evidence 4 Action MamaYe/Options, 4 organizations designated as champions of the Coalition of Senegalese Civil Society Organizations (COSC-GFF), COSC-GFF, CICODEV Africa, CEFOREP, Reseau Siggil Jiggen and Toi du Monde Senegal, conducted a rapid assessment of the continuity and availability of essential RMNCAH-N services in the health districts of the five priority regions of Senegal’s Investment Case (Kaffrine, Tambacounda, Kedougou, Kolda, and Sedhiou) and those of Dakar-the pandemic’s epicenter.

Data from the DHIS2 have been used to conduct a comparative analysis of the prenatal consultation completion rate and the home delivery rate recorded in health facilities between 2019 and 2020. The results of the evaluation, shared in February 2021, showed a decrease in the antenatal consultation completion rate during the lockdown in some health districts, up to 40% in districts in the target regions. One third of the districts in the regions of Kolda and Kedougou are affected and half in Dakar.

Regarding the rate of home deliveries recorded in the health districts, they increased significantly in all three regions during the critical curfew period.

This assessment confirms the alert launched by the COSC-GFF and its strong plea to the authorities on the need to increase accountability to improve maternal child health, which is strongly impacted by the pandemic.

At the national level, COSC-GFF has also been involved in the ISMEA project and contributed to the workshop to develop the budgeted work plan. With the support of the HUB, COSC GFF will continue to monitor the implementation of the project in Tambacounda, Kolda and Sedhiou, three of the GFF’s intervention regions.